NaviFUS Corporation, Genovate Biotech (4130) subsidiary and high-end medical device company, completed its first safety and efficacy clinical trial for its focused ultrasound (FUS) device, NaviFUS System, last year in June. The trial consisted of six patients with Recurrent Glioblastoma (rGBM), and results showed that the system can precisely open the blood-brain barrier (BBB) with safe recovery afterwards. Because the trial conducted both safety and feasibility testing, Genovate stated that the phase of the trial was equivalent to a clinical phase I/IIa, setting the stage for its upcoming trial, which will test the combined use of NaviFUS System with chemotherapy drug.

The NaviFUS System is noninvasive and can greatly reduce the risk of opening the blood-brain barrier (BBB) while simultaneously enhancing drug delivery to the brain; NaviFUS has completed the paperwork for the upcoming clinical trial application, and after being approved by the TFDA in March 2020, the clinical trial titled " Efficacy and Safety of NaviFUS System add-on Bevacizumab (Avastin) in Recurrent GBM Patients” is expected to begin in Q3 of this year at Chang Gung Memorial Hospital Linkou.

In the past, several prospective methods to deliver drugs past the BBB had been tested in humans, such as SIACI (super-selective intra-arterial cerebral infusion), LITT (laser interstitial thermal therapy), etc. While preliminary clinical results had shown that SIACI and LITT can enhance the effects of large molecular weight drugs such as Bevacizumab and Pembrolizumab, the significant side effects of these invasive treatments outweighed the therapeutic benefits, thus preventing their commercialization into viable treatments. Bevacizumab is currently the only targeted antibody drug approved for use in malignant rGBMs. Its molecular size of 150KD prevents it from naturally passing through the BBB, which makes it a prime candidate for NaviFUS’ clinical trial; the trial seeks to deliver higher concentrations of large molecular weight drug to the brain using the NaviFUS System and evaluate its therapeutic effect.

NaviFUS Founder Hao-Li Liu stated that in past pre-clinical experiments, FUS-induced BBB opening can greatly promote the delivery of drugs into the brain and extend the remaining survival time in animals. NaviFUS is optimistic that this clinical trial can achieve similar results, and the data can be used to help optimize the NaviFUS System’s future product development.

CEO Arthur Lung states that this trial will be the first time the NaviFUS System is used in conjunction with large-molecular weight chemotherapy drugs. By measuring changes in tumor size, survival time, and other metrics as indicators, the trial will evaluate whether the NaviFUS System can help increase large-molecular weight chemotherapy drug delivery to the brain, and whether this can translate to increased therapeutic effectiveness. If the results are positive, brain tumors will become the primary indication for NaviFUS System development. NaviFUS will also seek partners to collaborate on product development and jointly complete future phases of clinical trials.

The annual incidence of primary malignant brain tumors in Taiwan is about 1,000 to 2,000 people. Including global brain metastasis cancer patients, that number increases to about 1.3 million, which is enough to rank brain cancer as one of the top five common cancers in the world. In 2018, the overall brain cancer market valuation was estimated to be about 1.6 billion USD, and it is projected to rapidly grow to 2.7 billion USD in 2023. In addition, since the BBB prevents many large-molecule chemotherapy drugs from penetrating into the brain, this limits brain cancer treatment options and their effectiveness. Effective therapies for brain tumors remain a largely unmet need, implying the market still has much untapped potential.

NaviFUS was established in 2015 and successfully completed two rounds of fundraising in 2016 and 2018. The main corporate shareholders are Genovate Biotech (4130) and Top Taiwan Venture Capital. NaviFUS also received further recognition by winning awards at the Taiwan Future Tech Expo (FUTEX) in 2017 and the Ministry of Science and Technology Taipei Biotechnology Award in 2019. Since Chang Gung University licensed its FUS technology to NaviFUS in 2015, NaviFUS has developed this technology into the NaviFUS System and verified its safety and efficacy.

Besides its first safety and efficacy trial completed last year in June, the NaviFUS System is also currently being tested in another Epilepsy clinical trial that began in June 2019 at Taipei Veterans General Hospital. Currently, two patients have successfully completed the trial and been reviewed by the Data and Safety Committee. The preliminary data has shown that NaviFUS System is safe to use in Epilepsy patients, and further recruitment and clinical operations for the trial are underway. In addition, NaviFUS is planning to start two overseas clinical trials this year in Australia and the U.S. In Australia, NaviFUS is currently pending review for its clinical trial involving the use of NaviFUS System for Alzheimer’s Disease patients (in cooperation with Monash University/Alfred Hospital). In the U.S., NaviFUS is preparing to submit its IDE application to the FDA for use in rGBM patients (in cooperation with Stanford University). These operations are hopefully a precursor to more international collaborations and a growing global imprint in FUS technology. 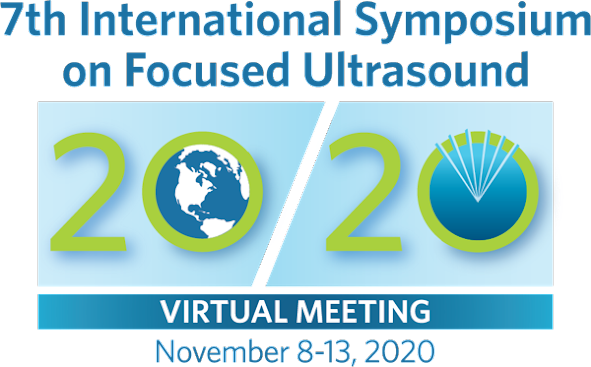